A Bunch of Misguided Teenagers, One Bad Decision, and the First World War

I chanced upon the maxim –

Everything in your life is a reflection of the choices you have made. If you want a different result, make a different choice.

Life is all about choices, isn’t it?

You can decide for yourself after going through this unbelievably strange sequence of events.

Imagine you are in Sarajevo, Bosnia.

The year is 1914, and the city is preparing for the royal visit of Archduke Franz Ferdinand of Austria-Hungary. Austria-Hungary had annexed Bosnia few years earlier.

It is the 28th of June, a bright, sunny Sunday; crowds have gathered on the streets, and wait for the royal procession to appear. Little do they know that the seeds of World War 1 are being sown on their land.

Hidden among this mass of people are six teenagers who have vowed to kill the Archduke, believing that to be the path to a free Bosnia. They hate the Archduke, and they hate Austria.

The teenagers have positioned themselves along the riverside, the route that the Archduke will take on his way to the Town Hall. All of them have bombs and pistols in their pockets, along with phials of poison which they will swallow if they get caught.

It seems to be a fool-proof plan.

Finally, the cavalcade of slow-moving cars comes into sight. At 10:15, the cars pass the first in line of the waiting killers. He takes fright, does nothing, and escapes into the crowd.

The next assassin also loses his nerve and cowers in the sea of spectators. Now the cars have passed Cumurja Bridge, and the third assassin – Nedeljko Čabrinović – throws the bomb, swallows his poison, and jumps into the river!

The Archduke sees the bomb coming, watches it bounce off his car, and the bomb explodes under the vehicle behind, injuring several people. Now there is total confusion and chaos as the procession speeds away fearing more bombs. Meanwhile, the police drag Čabrinović out of the river. His cyanide was old and had not worked.

No, I am not making this up. It actually happened!

The Archduke has now been driven to the town hall, where he demands to be taken to visit the bomb victims in the hospital. Fearing more attacks, the officials decide to take a new route to avoid the crowds – but this new route is not properly explained to the driver of the Archduke’s car. Moreover, no police guard accompanies the procession.

The other assassins, on hearing the bomb explode, presume the Archduke to be dead, and leave. All except Princip; Gavrilo Princip.

Having learnt that the Archduke is still alive, he is miserable, and wanders to a café across the street. This café is not enroute to the hospital that the Archduke is to visit. Princip is standing outside the café when, at 10:45, the Archduke’s car suddenly appears right in front of Princip. The driver realises that he has taken a wrong turn; he stops, and begins to reverse. Princip can hardly believe his luck!

Pulling out a pistol from his pocket, he fires two shots at close range. He could not have missed, but a few years later he wished he had not taken such a decision. It all comes down to decisions, doesn’t it? Those were the fatal shots that unleashed the horrors of the First World War, and the wars that followed in consequence.

Gavrilo Princip could not have known that the fallout of his actions would be World War 1. When tried, he said, “I am not a criminal, for I destroyed a bad man. I thought I was right.” However, within two years of the assassination, with the world well into the war, Princip – now incarcerated, admitted that had he known what was to follow, he would never have fired those fateful shots.

Europe in the early 20th century was a mix of imperial superpowers with overseas colonies, like Great Britain and France, and countries like Austria-Hungary and Germany with powerful pasts, but very few overseas territories, thus breeding insecurity.

War was considered a legitimate policy during this time; given the background of imperialism, historians believe that war was inevitable.

As mentioned earlier, it is all about decisions

Your decisions, my decisions.

Our choices might not trigger a war, they might not shake the world; but they can definitely shake our world, our life, and our future.

Radicalism, fanaticism, and terrorism as we see them today are not a consequence of events that happened two weeks, two months, or even two years back. History didn’t begin with the incident that happened two decades ago. The origins can be traced a long way back, to prejudices, biases, and insecurities that take various forms, and give rise to conflicts in all facets of society – religious, political, or even at the level of one’s family. This negativity goes back several hundred years, and is passed on from generation to generation.

People forget the root cause, but remember whom to hate, and create narratives to suit their needs. Rationality and neutrality are of prime importance when assessing and assimilating current affairs and global politics. The same applies to analysing life-events and making decisions at an individual level, on a day-to-day basis. In addition to rationality, a life-skill that ensures peace of mind is the willingness to ‘let go’. If only Princip could have let go of his impulse – an impulse rooted in an ill-conceived vendetta.

An impulse that he lived to regret.

While on the topic of regret, let us bring the focus closer home; Let us take a moment to reflect on the choices we make and decisions we take – the company we keep, the food we eat, or our posts and comments on social media. Let us consider the bullying and abuse that takes place in real life or in the virtual world – whether you’re the victim or the perpetrator, or even a bystander. We participate in the wrongdoing when we choose to look the other way, when we choose not to raise an objection. Never forget that we have a choice. We always have a choice.

It is not Destiny that dictates your Future – It is every little choice that you make that matters. Choice – of behaviour or thought, moulds you and your life.

In essence – Are your decisions giving you peace of mind? Is your regret around poor decisions actually your inability to Let go? Are you looking at all options available? Are you empowering and enabling yourself and others through your decisions? Are you respecting the freedom of others while using your own?

Freedom is liberty, and using that liberty to subjugate others is an abuse of freedom – it is wilful oppression.

On a parting note, I urge you to understand that whatever decision you take, if the answer is in favour of violence, then you are asking the wrong questions! 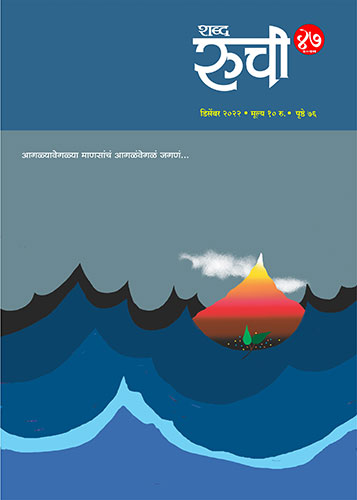